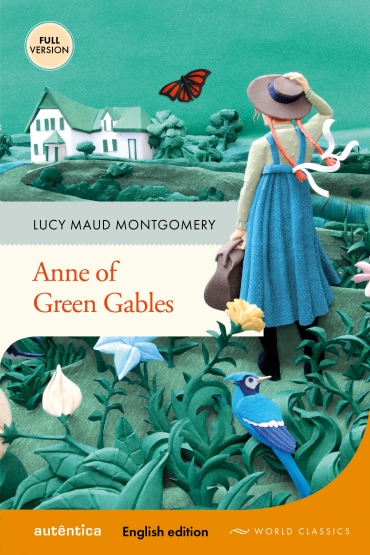 When siblings Marilla and Matthew Cuthbert from the Green Gables farm, on Prince Edward Island, Canada, decide to adopt a boy to help with the farm chores, they are not ready for the “mistake” that will change their lives forever: Anne Shirley, an 11-year-old red-haired girl ends up being mistakenly sent to them by the orphanage.

Despite the unexpected event, the girl’s expansive nature, her invariable positivity towards, her curiosity, her peculiar imagination, and her non-stop chatter quickly win the reluctant adoptive parents over. Anne’s combative and questioning spirit soon attracts the interest of the local people–in addition to all sorts of troubles.

Nevertheless, Anne is a Pollyanna-type girl, and her ability to always see the beautiful and positive side of things, and her love for life, nature, and books touch the hearts of everyone, and she ends up being “adopted” by the whole community.

First published in 1908, this delightful tale illustrates fundamental core values such as ethics, solidarity, honesty, and the importance of work and friendship. It has had numerous editions and has sold over 50 million copies worldwide, being translated into more than 20 languages. Widely adapted into plays and movies, the book has, more recently, inspired the Netflix series Anne with an E.